Here is the big question of the month: In which order should you watch the star wars episodes. 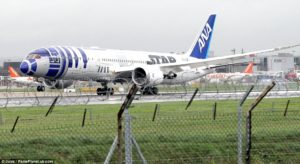 With the new episode, “The Force Awakens” hitting theaters tomorrow, we all need to be re-watching the classics to catch ourselves up with this amazing movie series.

List of Theaters & Showingtimes: Star Wars: The Force Awakens
In my opinion, as a life long Star Wars fan, you should watch the episodes in the order they were produced. You might say “But Kelly why wouldn’t I watch them in chronological order?”
Here is what I have to say about that: Darth Vader is one of the worlds most AWESOME villian’s. By watching episodes IV – VI first he remains a villain, until we get to episode one where they put a childhood face on his dark side changing the entire dynamic of who we all believed Darth Vader really was. Let’s not mess with that by starting with Anakin empathy.
I’m a true lover of Stars Wars films but please do not mistake me for someone who will not allow their children to touch or play with the action figures because they are worth more in the box. Oh No!!! A toy is meant to be played with. SO do us all a favor and when your wife gets you that 4 foot tall Darth Vader action figure that I saw at Target last week- please play with it. Let your children play with it. Press all the buttons, move the arms around, heck, dance the tango with the thing. Now that there are 7 episodes out I’m going to guess resale value of all action figures will begin to decrease once the hype of the new movie subsides. Instead invest in oil, gold or REAL ESTATE if you truly want to turn you dollar around, not Star Wars action figures. And please watch the movies in the correct order- by year produced!
Thank you- and
MAY THE FORCE BE WITH YOU.