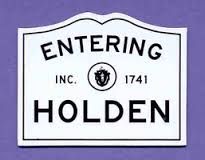 Something for everyone as they say.

Today, we highlight the town of Holden MA

Located just north of Worcester and nestled in the beautiful rolling hills of central Massachusetts.

Incorporated on January 9, 1741 it was originally a rural farming area but began to take a new look in the early 1800s. Villages began to develop throughout the town around textile mills that were taking advantage of the waterpower provided by the local streams and rivers. The areas around these villages were becoming home to increasing numbers of immigrant families who worked in the mills. At the same time the Jefferson section of Holden became a summer retreat for people from Boston and New York as they tried to escape the heat of the cities.

By the early 1900s most of the mills became the victim of the development of the Quabbin and Wachusett Reservoirs that would supply drinking water to the city of Boston. The summer hotels slowly became victim to the same development as well as fire. The current golf course at Holden Hills Country Club is the only surviving aspect of Holden’s hotel era.

Related Article: What’s My House Worth?

Following World War II, Holden began to transition into its current status as a “bedroom community” to the surrounding urban areas.

In 1954, Holden became part of the first regional school district in Massachusetts. 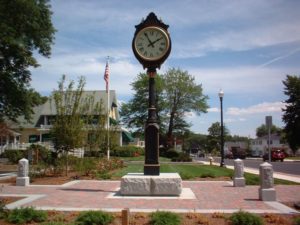 In addition to having an excellent school system and public library, the Town of Holden provides a full range of services including public water, sewer, and electric power. It also has a vibrant Recreation department that offers a wide array of activities throughout the year. Active on social media, the Town of Holden’s Facebook page actively posts both pertinent town news and upcoming events.

2016 marked the 275th Anniversary of the Town of Holden. They hosted two events to commemorate the occasion including the first ever gala celebration that was held at Val’s Restaurant.

According to the American Community Survey, Holden’s estimated median household income is approximately $85,000 a year, while the estimated Massachusetts average is roughly $64,500.  The 2010 Federal Census noted that more than 50% of Holden residents are employed in a professional capacity, with another 24% working in sales and the remainder employed in either construction, service or manufacturing sectors.

**Information provided is courtesy of The Town of Holden.

Holden is just one of many great communities throughout Worcester country offering opportunities for both buyers and sellers. If interested in Holden real estate, contact The Pro’s Real Estate Team today.

View Our Featured Properties For Sale

This site uses Akismet to reduce spam. Learn how your comment data is processed.